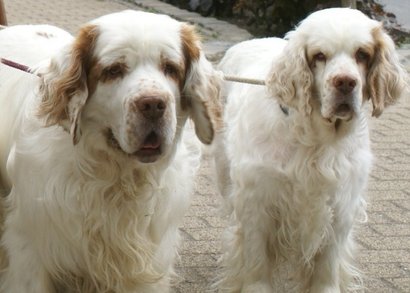 It all started in the late 60’s. I was waiting for my father to come home. Actully all children in the neighborhood were waitning. Finally he arrived. He opened the door. There he was…

Jocke was my mother’s dog, but my playmate. He was dressed and drawn in a trolley. I took him for walks as soon as my mum allowed.

1977 my parents decided that I was old enough to get a dog by my own. When visiting a kennel I fall in love with a yellow Labrador. With Tjabo I was introduced to the dog-world. I started to spend a lot of time at the local club (SBK). Soon I was involved in the board of the youth section/ club and later on also the establishment of Växjö Hundungdom. I also started to “work” as ring-steward and dog-trainer in parallel with my schoolwork.

In december 1978 I saw a beautiful white dog winning Best in show in Gothenburg. I couldn’t forget the dog. I found out that the he was Ch Clumbrold’s Lille Buddha and he was a clumber spaniel. I started to do some research of the breed.

1985 I finally got my first clumber, Welladays Singin' In The Rain, from Marie-Louise Almgren. Oscar was showed and earned his cac easily. He was my companion. He joined me at work and all different kind of events. Unfortunally he suffered from HD and had to been put to sleep far too young.

At that time I was offered a lovely Weimaraner that needed to be re-homed, Disodil´s Elvira Blåtira, and she was followed by Zoola.

But I missed the clumbers. At this time I had met Kenth and first I had to convince him. When one of my Weimaraners suddenly passed away Watson or Don's Vildmannen  came in to our lives. A couple of years later I decided to give Kenth a special Christmas gift. What could be better than a clumber puppy? This resulted in the arrival of Mortimer or SU(u)Ch Sällebäcks Fyra Steg i Det Blå.

1999 I received a bitch puppy from Cia Ytterell, SU(u)Ch Sällebäcks Hooked On A Feeling later that year Marie-Louise Almgren offered me the two years old Welladays Waterlily. Those two bitches was the start for our breeding.

At the time for the mating we were visiting Brazil. When I saw the sign “Sugar Loaf” on our way up to the famous hill I decided to name my kennel to Sugar Loaf. Like the hill you never forget a clumber when you seen one.

2004 Margareta Edman decided to take a break from the breed and offered me SU(U)CHClumbrolds Option.

With those three high quality bitches I couldn’t have a better start for my breeding.

I have always been aiming for breeding well balanced dogs that can move freely. Soundness, health and temperament are always the most important. I try to see the weekness in my bitches to be able to improve the quality in next generation.

I’m very grateful to the judges that appreciate my breeding work. During the first 10 years dogs from the kennel have been awarded at some of the most prestigious show’s in the world for example reserve cc at Crufts, award of merits at Westmister, FCI World Winners, group-placement at Stora Stockholm. Sugar Loaf clumbers and their offsprings have also received champion-title, BIS- and Group-placements all over the world.

Dogs from the kennel have also been successful at tracking trials and water retrieving tests. One dog has managed to been awarded with 2nd price at Field Trial.

And most important they have been highly appriciated family dogs. 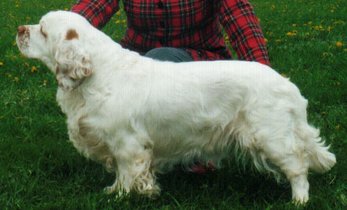 Welladays Waterlily, who gave birth to our first litter 2000 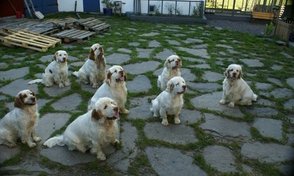 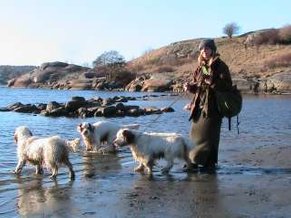 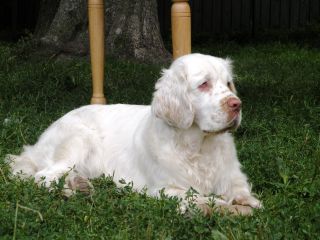